In this post today I thought I would do something that is pretty different and I'm going to be talking about my top favourite 'girly' films and shows to watch. Of course though absolutely anyone can enjoy these!!

The Girls Next Door (Girls of the Playboy Mansion) 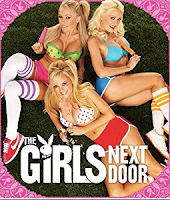 To this day I still love this series. It's basically about the lives of the 3 girlfriends living with Hugh Hefner at the Playboy Mansion. This ended a long time ago so I know since there have been books released and things like that but I honestly first watched it because I was intrigued by what goes on in the lives of people that live at the Playboy Mansion but I carried on watching it for so long because I just totally fell in love with the three girls; Holly, Bridget and Kendra. I think overall Holly was my favourite but all the girls were stunning and their personalities were so different. To this day I still follow the girls on social media! The series literally included what the girls got up to on different events and what sort of things they did in their free time and just basically followed their lives as the girls of the Playboy Mansion. 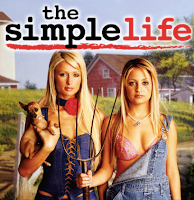 This just has to be on my list, such a classic. This series follows two socialites; Paris Hilton and Nicole Richie and it just follows them literally living 'the simple life'. Their credit cards and phones are taken away from them and then that stay at peoples houses and have to go out and experience normal working life, such as working at a fast food restaurant or working on a farm. I think the girls are just so stunning and really funny in this series. "That's hot".. (if you've watched this you'll understand). They always seemed to mess something up or get into trouble but at the same time they were so likeable.

This film is everything! It's about a sex worker who basically meets and falls in love with a wealthy business man. He first hires her to just be his company but it turns into more. Who doesn't wish they could reenact that shopping scene? Yes please.

I could watch this over and over again, it's about a girl who moves from Africa who has been previously home schooled and she moves to America and has to go to a public high school. She learns about the different types of groups that there are in schools and she ends up non intentionally becoming part of the 'plastics'. Who basically are a trio of girls who think very highly of themselves. There are so many funny scenes in this film and famous quotes. You must need to watch this.

I love this film for so many different reasons. It's about a girl called Elle Woods who is a blonde and very popular who is part of a sorority and she has a long term boyfriend who she thinks is going to propose to her but he in fact breaks up with her. She's not 'serious' enough. Elle will do anything to get her boyfriend back including attending law school. Not just any law school, Harvard Law School. At first she doesn't get on well, no one really seems to take her seriously but eventually she finds herself as a successful law student. I think this film is so fun and proves that women or anyone for that matter regardless of hair colour or social stigma can do anything if they really want to.

Bridget Jones is literally such a relatable film, it follows her ups and downs whilst she try to find her Mr Right and follows all of the embarrassing silly things that she ends up doing, such as messing up at public speaking events and making mistakes in her job. She worries about her weight and what her life is going to be like if she never finds a man. She ends up having two main suiters in the film and one of whom is a bit of a playboy but very fun to be around and another who finds Bridget some what revolting at times and sort of looks down on her but ends up liking her 'just the way she is'.

Everyone has a had a job where they don't like their boss? Well in this film it is about a women called Andy who is trying to find her career and she manages to land a job with a leading fashion magazine. Even though she knows nothing about fashion and she keeps feeling like she's not getting appreciated. She soon ends up adjusting to life by wearing fashionable clothes and keeping one step ahead of her boss. In the end she realises who she really is.

This film again is just one that I could watch on repeat. It is about two FBI agents who end up going under cover as two white chicks to a very important weekend event. They look the part and everyone believes it's really them. They cause lots of havoc on the way, falling out with people and basically being forced to go out on dates and do lots of girly things, such as trying on clothes and sleepovers. Not everything ends up going to plan but it all works out in the end. 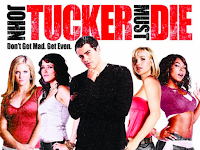 Some boys need to learn not to mess around with different girls don't they? Well this is what this film is about. John Tucker is found to be dating 3 different girls and they would never really find out since they are from different cliques at school and John always has excuses to make it not 'official'. That is until one girl comes along and puts a spanner in the works. She tells the other girls about what John is doing and together they hatch a plan to get John back and teach him a lesson. Does it go the way they planned??


Thanks for taking the time to read;
- AmberBentleyy'xo

Email ThisBlogThis!Share to TwitterShare to FacebookShare to Pinterest
Labels: Lifestyle